Edgar Allan Poe famously proclaimed "the death of a beautiful woman" the most poetical subject in the world. The prolonged suffering of his beautiful, dying wife, Virginia Poe, almost certainly inspired this belief. Virginia Poe remains one of the most enigmatic and controversial figures in the famed author's history. Join us for a series of live readings, themed discussion, and Q&A about the famed muse, poetess, child bride and daughter of Baltimore.

Each session in the Virginia Poe Bicentennial Discussion Series will include history, presentations, reading and discussion around a selected theme. **This event is a hybrid event: it will be recorded live at Westminster Hall & Burying Ground in Baltimore MD, also presented via Zoom webconference. Attendees register to attend in-person or participate online. Edited portions will stream later on Facebook and YouTube.** 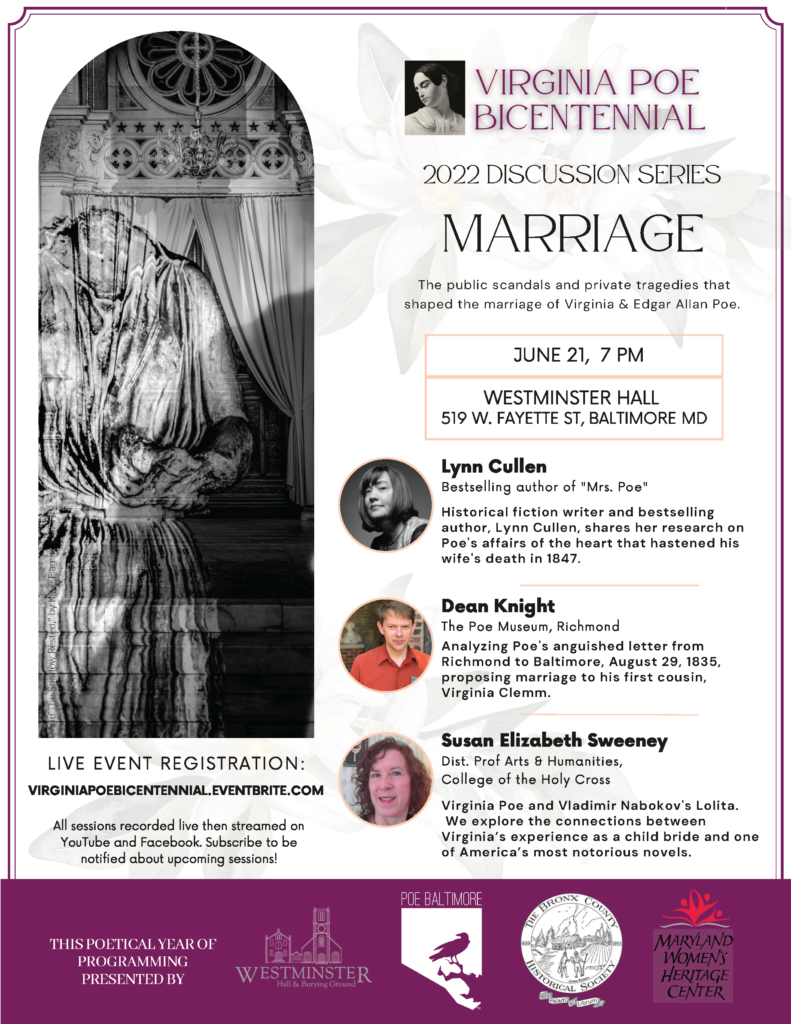 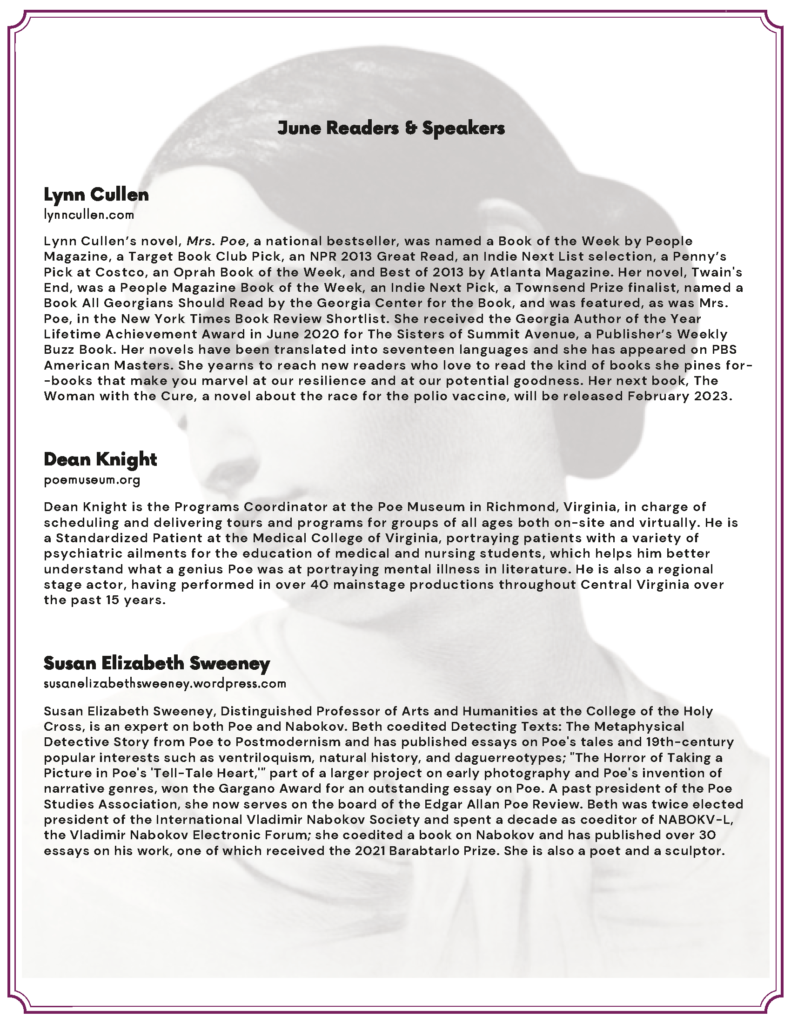 Historical fiction writer and bestselling author, Lynn Cullen, shares her research on Poe's affairs of the heart that hastened his wife's death in 1847.

Did you know that Virginia Clemm’s marriage to Poe helped inspire Vladimir Nabokov’s brilliant, heartbreaking, darkly ironic novel about pedophilia? Not only is Humbert a Poe scholar, but he also claims that a childhood romance with a little girl named “Annabel Leigh,” who died soon afterwards, caused his pedophilia. Although Nabokov acknowledged that Edgar and Virginia’s story shaped his novel—he even considered naming his heroine “Virginia” and titling the book Ginny. Susan Elizabeth Sweeney explores the connections between Virginia’s experience as a child bride and one of America’s most notorious novels.

This is the sixth in a series of monthly programs for the Virginia Poe Bicentennial; follow us on social media to be alerted when events are happening! The Virginia Poe Bicentennial is presented by Poe Baltimore, Westminster Hall & Burying Ground, Maryland Women's Heritage Center, the Poe Cottage at Fordham (Bronx, NYC,) with generous help and participation from Poe Studies Association, The Edgar Allan Poe Society of Baltimore and The Poe Museum (Richmond.) CLICK HERE TO REGISTER