A most poetical year to honor the beloved wife of Edgar Allan Poe. 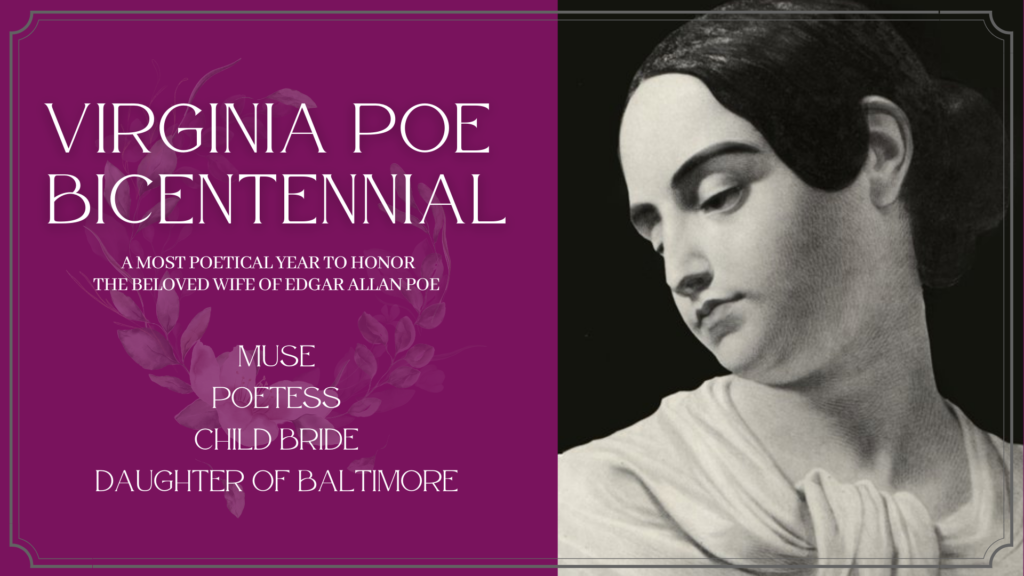 Monthly events and programs in 2022

Edgar Allan Poe famously proclaimed the "death of a beautiful woman" the most poetical subject in the world. The prolonged suffering of his beautiful, dying wife, Virginia Poe (1822 - 1847,) almost certainly inspired this belief. Muse, poetess, child bride, daughter of Baltimore, Virginia Poe remains one of the most enigmatic and controversial figures in the famed author's history. 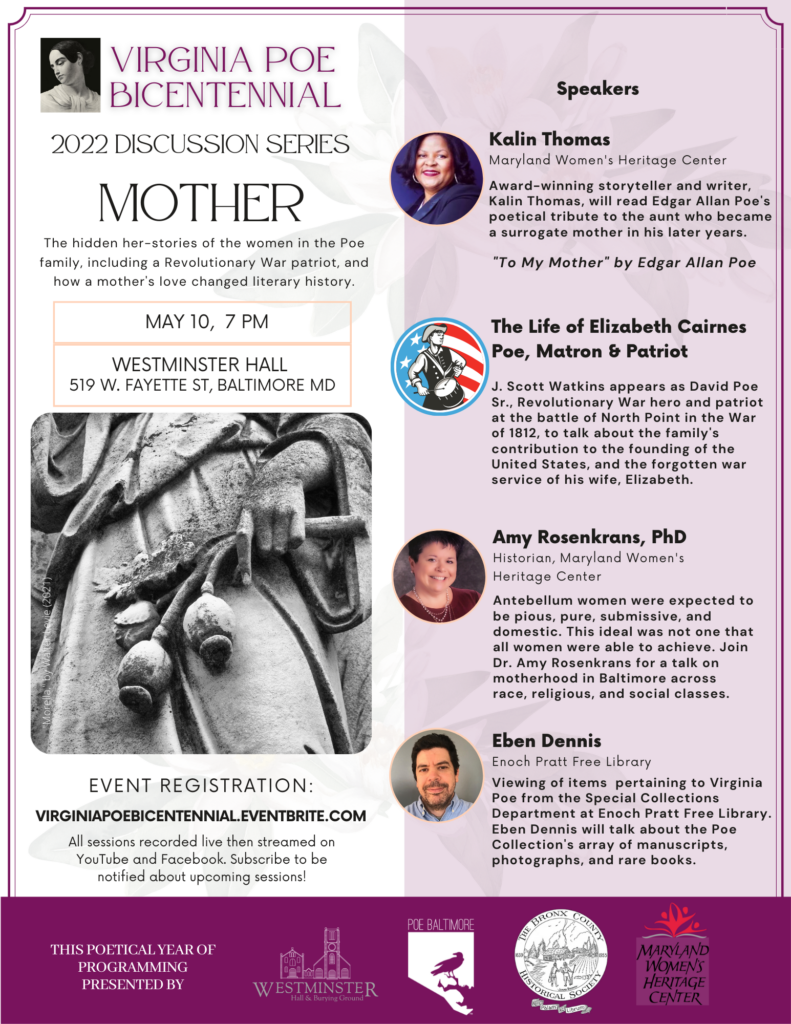 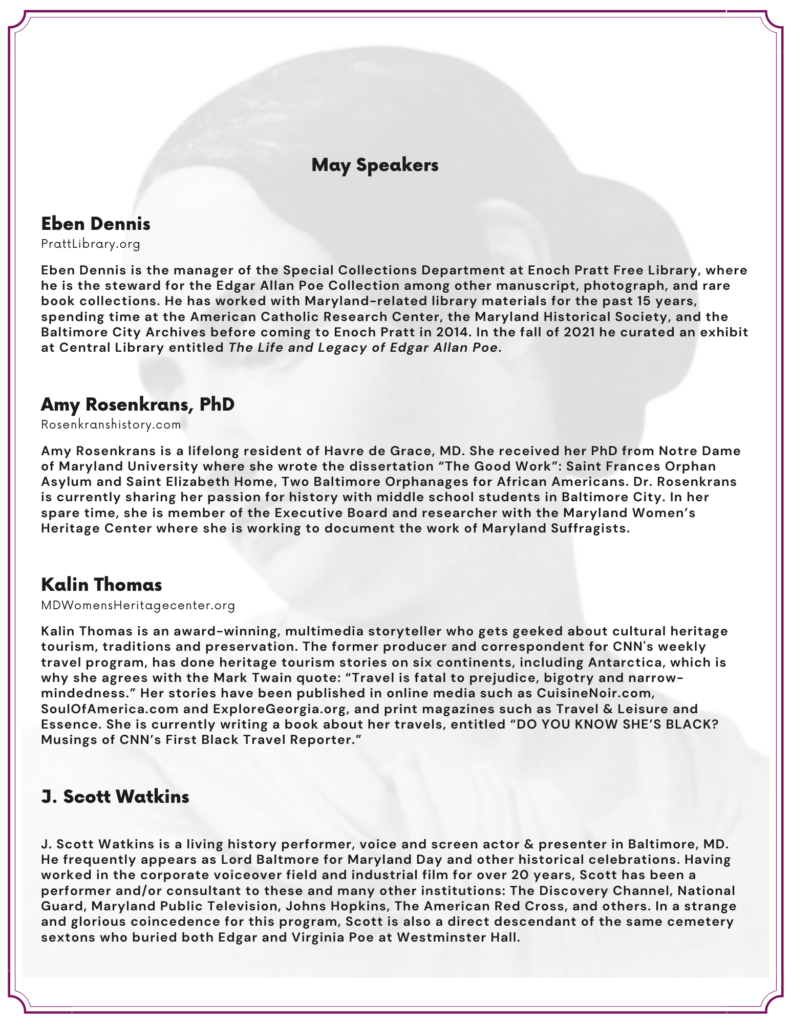 MOTHER: The Hidden Histories of the Women in the Poe Family (hybrid event)

J. Scott Watkins appears as David Poe Sr., Revolutionary War hero and patriot at the battle of North Point in the War of 1812, to talk about the family's contribution to the founding of the United States, and the forgotten war service of his wife, Elizabeth.

Cemetery walk & grave-side chat at Westminster Hall with J. Scott Watkins, living history performer and descendant of the sextons at burials of both Edgar and Virginia!

"To My Mother" by Edgar Allan Poe

Antebellum women were expected to be pious, pure, submissive, and domestic. This ideal was not one that all women were able to achieve. Join Dr. Amy Rosenkrans for a talk on motherhood in Baltimore across race, religious, and social classes.

This is the fifth in a series of monthly programs for the Virginia Poe Bicentennial; follow us on social media to be alerted when events are happening! The Virginia Poe Bicentennial is presented by Poe Baltimore, Westminster Hall & Burying Ground, Maryland Women's Heritage Center, the Poe Cottage at Fordham (Bronx, NYC,) with generous help and participation from Poe Studies Association, The Edgar Allan Poe Society of Baltimore and The Poe Museum (Richmond.)
Register to attend the LIVE recording and participate in Q&A with the presenters.
Previous Sessions:
March: MUSE, The Life & Afterlife of Edgar Allan Poe's Beloved Wife
February: "In Her Own Words," A Valentine for Edgar Allan Poe
January: "Meet Virginia," A Death Day Commemoration for Virginia Poe